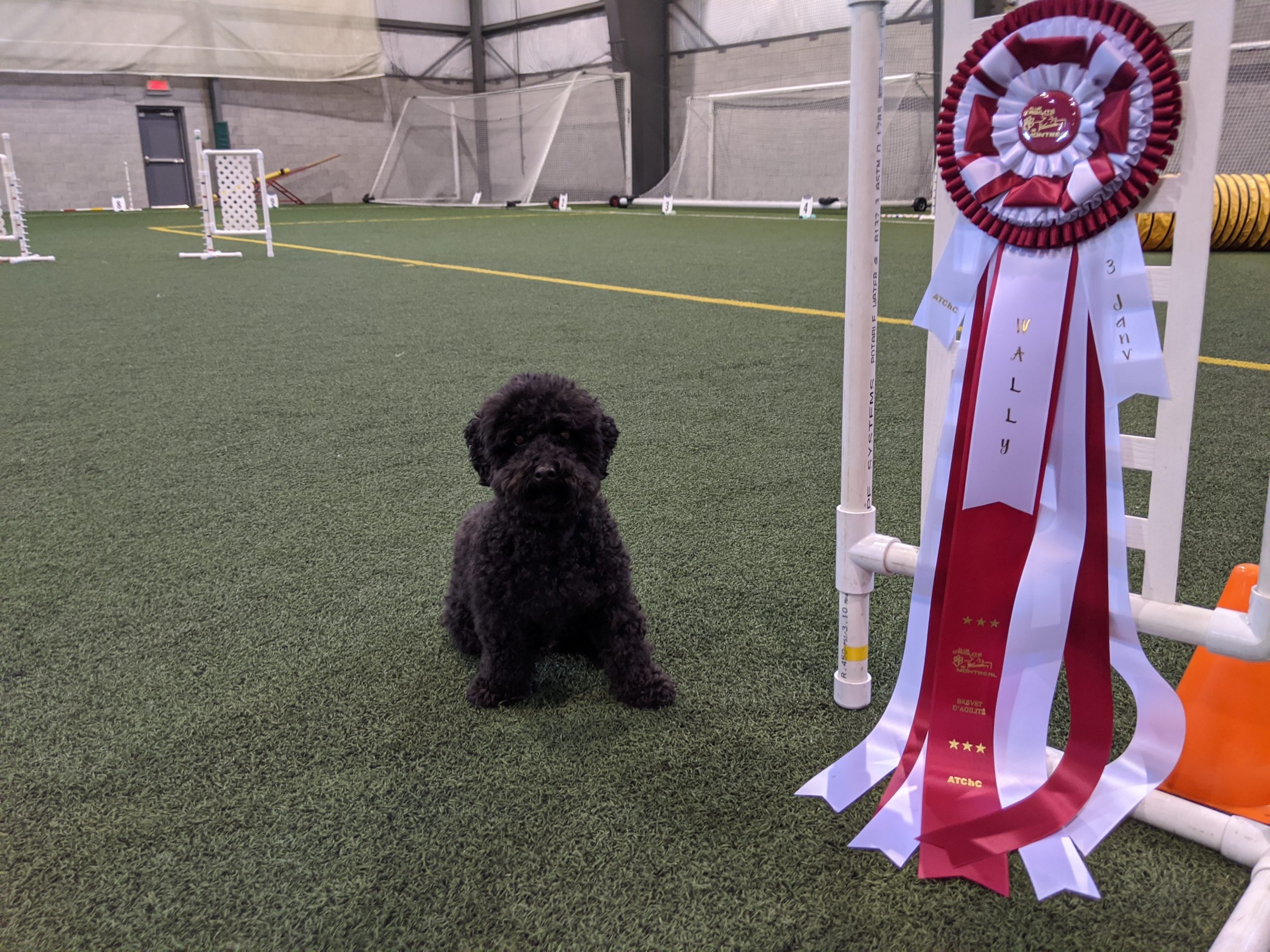 The Agility Association of Canada (AAC), to which we belong, was founded in 1988 to promote the application of uniform and safe standards in the practice of agility as a sport in Canada. The main elements of the sport are good sportsmanship and fun for the dogs and handler. The AAC gave itself the mandate of promoting agility trials at the local, regional, national, and international levels for all dogs and their handler, regardless of the dog’s origins.

The Club d’agilité de Montréal is a non-profit organisation founded in January 2002.
The Club started its activities in 2003 and held its first trial on the field adjacent to the Mondou store in Anjou; our equipment consisted of one full set of obstacles.
Following two relocations (in 2008 and 2015), we now have three full sets of obstacles and two outdoor fields, entirely fenced, ready to welcome you.
Since its creation, the Club has hosted two National Championships (in 2004 and 2016), one Regional Championship (in 2012) and nearly one hundred local trials.

Since 2013, our Club hosts the largest indoor agility trials in the province. These trials, which have become a tradition in the agility world, are held at the very beginning of January and attract agility teams from all over Quebec, Ontario and even the Atlantic Provinces.

Since our beginning, we have benefited from the cooperation of J.E. Mondou as major sponsor and since 2015, we are the only agility Club recognized by the City of Montreal and set up in a public park belonging to the City.

The Board Members cumulate together over 85 years’ experience in the canine world.

The following are not members of the Board, but they provide valuable support :

The Club d’agilité de Montréal (CAMtl) offers the possibility of becoming a member as soon as the dog is able to demonstrate the seventeen (17) skills described in the “Skills developed in the introductory courses”.

The advantages of being a member: